Humboldt Storage and Moving, the oldest moving company in Greater Boston was entrusted recently with a time-sensitive and detailed move of a lab and offices of a Boston-area therapeutics company. Humboldt has executed numerous moves of this nature over the years that required painstaking planning and detailed oversight and was a natural choice for this project. While many might think of a moving company as a service for those moving their homes, Humboldt has been a trusted
partner in many commercial moves that have required a strategic process and flawless organization and execution. 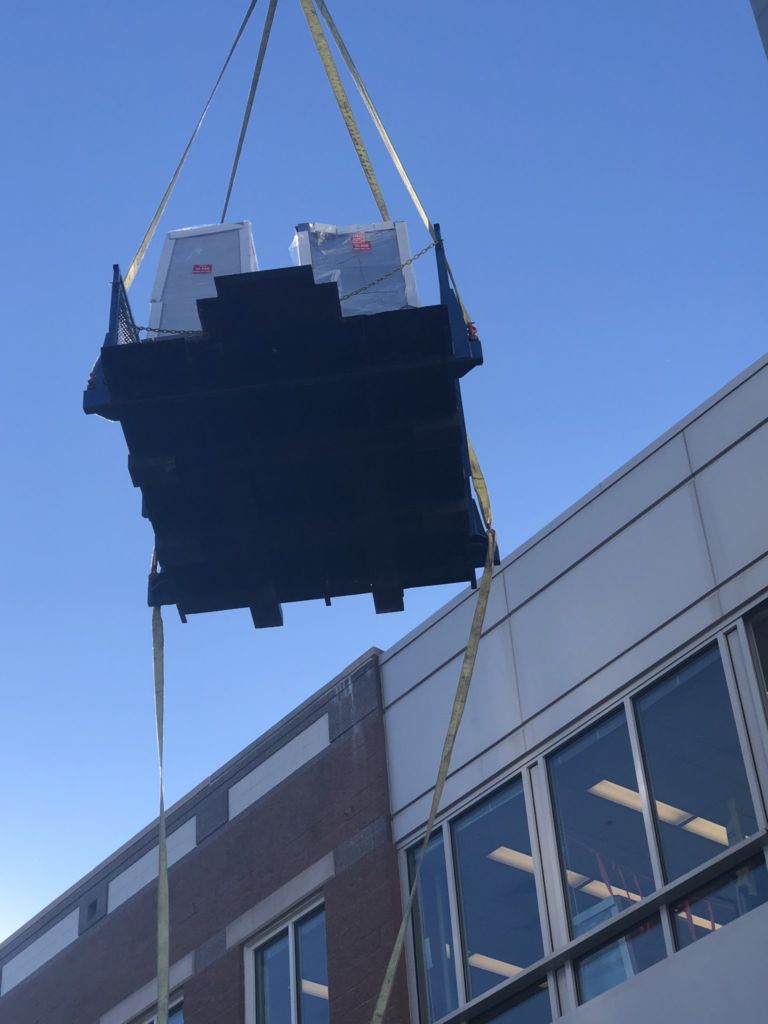 The team at Humboldt was presented with many challenges that needed to be addressed far and above the tests that a residential or even a traditional office move would present. Not only did Humboldt need to ensure a company office would be up and running but also needed to ensure that there was a fully-functioning lab operating with no downtime. Some of the necessary elements of the move included the moving and storage of highly sensitive lab equipment, the controlling of temperature where expensive equipment would be stored as well as an inventory system that would eliminate any mistakes in delivering the incorrect equipment. Other sensitive parts of the project included the ability to organize both office furniture and lab equipment, a fluid and “live” inventory system and the ability to react quickly and deliver equipment on extremely short notice. Having the ability to store, locate, load equipment on a moving vehicle and deliver in very short notice was one of the must-haves on this moving project.

As there were several items that would not fit into a traditional elevator in the new building, Humboldt was tasked with having to bring certain equipment into the office space in a non-traditional manner which involved planning, and specialized equipment and skills to accomplish. 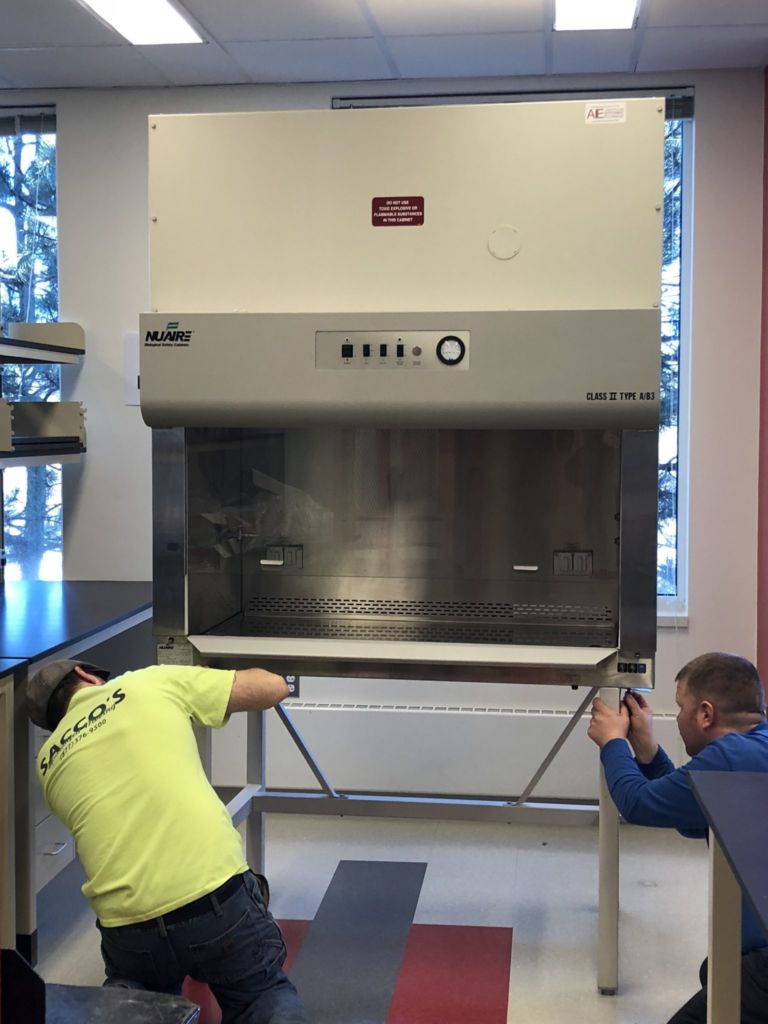 Humboldt tapped into their already experienced team and management to create a number of solutions to the challenges they were presented. They created a detailed list of everything that was part of the move and created a living inventory system specific to this client. There were multiple office locations to start with so creating a meticulous inventory system was critical to the success of the project. This inventory needed to show everything that was part of this move and had to sit in real time. Part of that inventory was office furniture and delicate lab equipment. Aside from the detailed inventory system that was established, Humboldt also needed to store equipment in a manner that not only took into account
the temperature sensitivity of the materials but the fact that they needed access to certain equipment on very short notice; sometimes hours.

To address the fact that many pieces of equipment would not fit through traditional channels such as elevators and other parts of the building, a rigging system was implemented to bring up much of the equipment from the outside. Many high-value pieces of lab equipment were brought into the
building at the third story thought this rigging process. Humboldt has extensive experience in this area. They have conducted many moves in areas such as the Back Bay of Boston where items such as pianos
needed to be rigged into residences higher than the ground floor. A crane was brought into the project to allow crews to be able safely load and unload high-value lab equipment and other items through windows and other areas that gave these crews the room they needed for a safe and effective move.

The team at Humboldt also needed to have the ability to meet the demands of this client and the fast-paced and fluid way in which the company needed to move. Downtime for this company was not an option so Humboldt needed to have a plan in place that allowed them to meet that need and give them
the ability to conduct business even through a corporate move. A traditional schedule was not an option either for this project and Humboldt crews worked odd hours and even on weekends to ensure this
company met its goal of having no downtime and a smooth transition to their new headquarters. 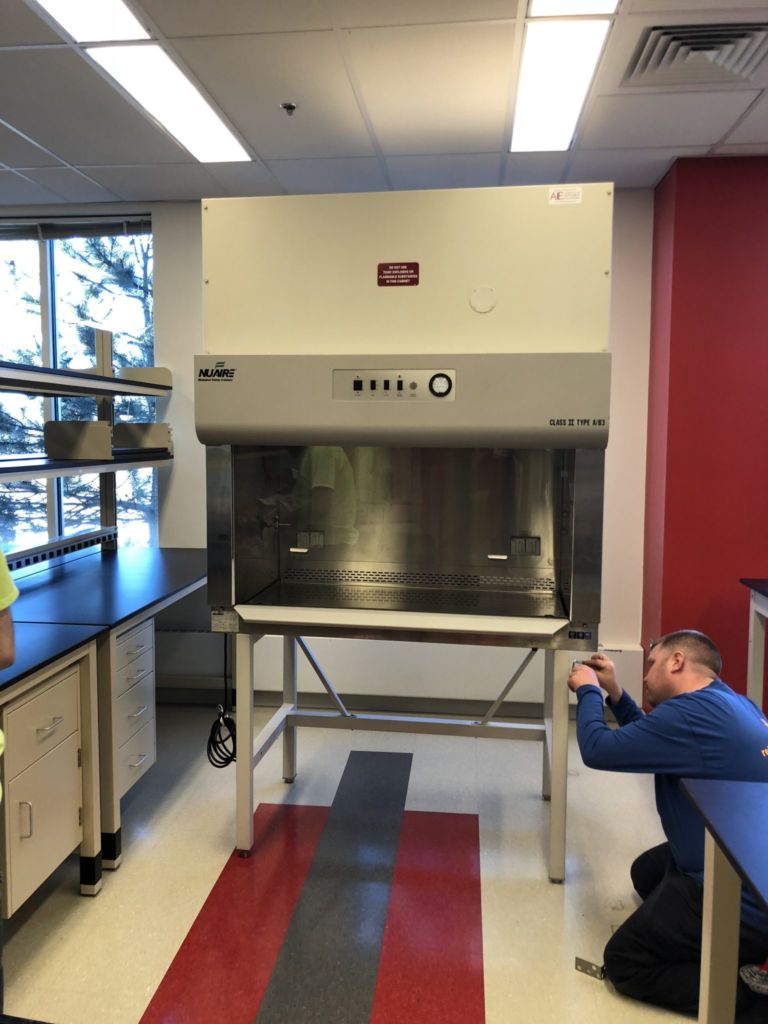 After extensive and detailed planning and preparation with the Humboldt team and representatives of the client, all goals were met on the project. Those included a corporate headquarters and a laboratory operation with no downtime and a fully functional lab move that needed to be flawless.

Other goals met were moving a variety of items in a non-traditional manner, a fluid and “live” inventory system so both client and crews could see all items in real time and the complete protection of high-value goods that needed to be protected at all times during the project. The office and the laboratory operation we are proud to say are in full operation.