Top 10 Things To Do In Boston

As the oldest, most experienced moving company in Boston, we know a little something about one of America’s oldest, most historic cities. Check out our top 10 things to do in Boston below. Relax and start exploring this amazing city! 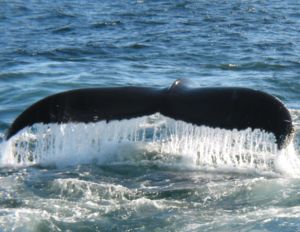 Set sail with for the whale watch experience of a lifetime. The destination: Stellwagen Bank Marine Sanctuary, a rich feeding ground for whales, dolphins, sea birds and other marine creatures. You’ll have a good chance to view several different species of large whales, including humpbacks, finbacks, minkes, pilot whales and the critically endangered right whales. And you’ll learn about them from New England Aquarium naturalists who are always on board to share knowledge, answer your questions and explain the mind-blowing behaviors of these truly magnificent mammals. Boston Harbor Cruises Whale Watch Boston’s North End is, by its very nature, an organic, living, vibrant, and ever-changing urban neighborhood. Encompassing the heart of the Freedom Trail attractions, it is a major tourist destination point for history buffs.

“Boston’s Little Italy” as it is sometimes called, the North End is known as a mecca for its many Italian restaurants and caffes. Old time shops have been complemented by hot, new boutiques along and service providers in the fitness, real estate and health industries. NorthEndBoston.com

Boston Common (also known as the Common) is a central public park in downtown Boston. Dating from 1634, it is the oldest city park in the United States. Its fifty acres form a pentagon bounded by Tremont, Park, Beacon, Charles, and Boylston Streets. The Common attracts hundreds of thousands of people every year, both residents and visitors. A visitor information center for all of Boston is located on the Tremont Street side of the park. Today, the Common is the scene of sports, protests, and events large and small. Yet for all its adaptation to modern life, the Common remains a green retreat remindful of its storied past. 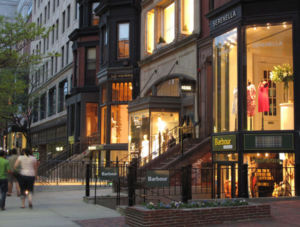 East of Massachusetts Avenue, it is a mile long street lined with historic 19th-century brownstones that contain hundreds of shops and restaurants, making it a popular destination for tourists and locals. The most “high-end boutiques” are located near the Boston Public Garden end of Newbury Street. As the address numbers climb, the shops become slightly less expensive and more bohemian up to Mass Ave. Newbury Street has an eclectic mix of shops and eateries. Its renovated brownstone buildings feature stores at all retail levels, — physically (basement, street level, and above), stylistically (shabby chic to elegant), and financially (affordable to exclusive). There are coffee shops, trendy cafes and an array of restaurants to suit many tastes. Yet due to the concentration of up-scale stores at its lower end, it is touted as one of the most expensive streets in the world. Luxury goods stores include Ralph Lauren, Brooks Brothers, Chanel, Armani, Nanette Lepore, Ted Baker, Ben Sherman, Donna Karan, Burberry, Cartier, Loro Piana, Kate Spade, Bang & Olufsen, Valentino, Marc Jacobs and Ermenegildo Zegna. 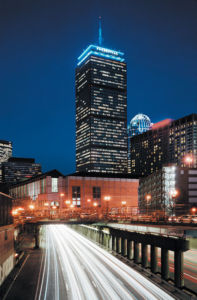 On a clear day, you can see up to 100 miles away—a great way to get acquainted with this lovely city. Visitors gain a bird’s eye view of Boston’s Hancock Tower, Fenway Park, the Boston Common and Public Garden, the Esplanade and Hatch Shell, the Charles River, MIT, Harvard University, and countless other Boston landmarks. Boston’s only sky-high vantage point for sweeping 360 degree views of Greater Boston and beyond. Let your eyes and ears do the walking as you experience the exclusive state-of-the-art Acoustiguide audio tour detailing the city’s many points of historic and cultural interest. Audio guides are provided in the following languages: English, Spanish, Dutch, French, Japanese and Mandarin. SkyWalkBoston.com 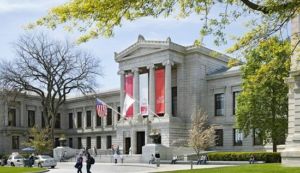 The Museum of Fine Arts (or MFA) in Boston, is the fourth largest museum in the United States. It contains more than 500,000 works of art, making it one of the most comprehensive collections in the Americas. They welcome more than one million visitors each year to experience art from ancient Egyptian to contemporary, special exhibitions, and innovative educational programs. MFA.org The Freedom Trail is a 2.5-mile, red-lined route that leads you to 16 historically significant sites throughout Boston — each one an authentic treasure. Explore museums and meetinghouses, churches, and burying grounds. Learn about the brave people who shaped our nation. Discover the rich history of the American Revolution, as it began in Boston, where every step tells a story. TheFreedomTrail.org The fun begins as soon as you board your “DUCK”, a W.W.II style amphibious landing vehicle. You’ll cruise by all the places that make Boston the birthplace of freedom and a city of firsts, from the golden-domed State House to Bunker Hill and the TD Banknorth Garden, Boston Common and Copley Square to the Big Dig, Government Center to fashionable Newbury Street, Quincy Market to the Prudential Tower, and more. And, as the best of Boston unfolds before your eyes, your ConDUCKtor® will be giving you lots of little known facts and interesting insights about our unique and wonderful city. And just when you think you’ve seen it all, there’s more. It’s time for “Splashdown” as your ConDUCKtor® splashes your DUCK right into the Charles River for a breathtaking view of the Boston and Cambridge skylines, the kind of view you just won’t get anywhere else. So take the ride of your life. Hop on a Boston Duck Tour! BostonDuckTours.com “America’s Most Beloved Ballpark” is uniquely nestled in the city of Boston. Fenway Park is a place where dreams are made, traditions are celebrated and baseball is forever. See the home of Red Sox Legends, Williams, Yaz, Fisk and Rice. Visit Pesky’s Pole and sit atop the world famous Green Monster which stands 37 feet 2 inches high overlooking leftfield. Experienced tour guides can provide a thrilling, one hour, walking tour of Fenway Park. Bilingual tours are available in Spanish and Japanese with advance notice. Fenway Park Tour